Kay Warren on the loss of her son 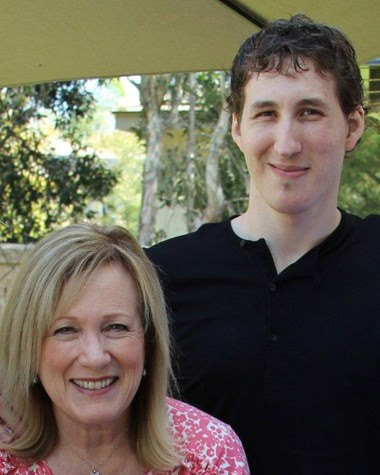 I've been thinking lately about some of the losses people around me have experienced in the last few years and the pain that they're dealing with still. We've seen far too much of this in the Grace Church family.
This morning, all of this reminded me that I've been meaning to check out Kay Warren. Kay (yes, her husband is Rick Warren, of The Purpose-Driven Life fame) has had a lot to share over the last two years about loss and grief and hurt because, in April of 2013, her son Matthew took his own life. He had suffered from mental illness, and eventually he decided that the pain just had to stop. While not entirely surprised, his family was entirely devastated.

Last year, as the first anniversary of Matthew's death drew closer, Kay wrote a post on Facebook which exploded across the internet. Among other things in it, she said:

As the one-year anniversary of Matthew's death approaches, I have been shocked by some subtle and not-so-subtle comments indicating that perhaps I should be ready to 'move on.' … I have to tell you – the old Rick and Kay are gone. They're never coming back. We will never be the same again.

Her words echo the frustrations and struggles of so many who are mourning, and the rest of us need to take note.

When I decided to look up Kay Warren, I discovered an interview she did with Christianity Today about a year ago, Kay Warren: A Year of Grieving Dangerously. The interview's relatively long, but I can't exaggerate how worthwhile it is. If you've lost someone and experienced that hurt, if someone close to you is burdened by the pain of loss, please read this interview. I would excerpt a bit of it, but to me almost every line was pure gold. Just read it.

Matthew Warren's death is a tragedy. At the same time, the Warren's loss has resulted in an incredible gift to the rest of the world: Kay's honest and poignant reflections and testimonies. For thousands of people, her messages have offered hope and named truths that they just hadn't been able to find the words for. Maybe they will be a gift to you too.
Posted by Nance at 12:00 AM No comments: