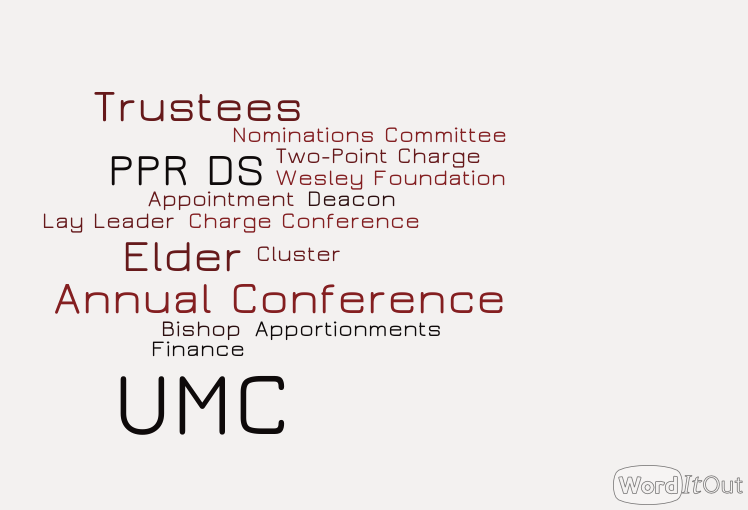 Churches like to use secret codewords to bewilder and befuddle the uninitiated. Terms like "Advent," "VBS," "DS," and "intinction."
Ok, so we don't like to bewilder and befuddle folks, but we do it all the same. There's church lingo that, unless it's explained to you (unlikely), it may take some time to decode and decipher. But that's where this series comes in! In these "learning the lingo" posts, I try to demystify some of the churchy language that might leave people feeling a little out of place.

There's one church word that, if you're in a more traditional worship environment, dollars to doughnuts you will hear in the weeks ahead. That word is "Lent." What are people talking about when they talk about Lent or "Lenten" activities coming up at the church?

Lent is a period of 40 days (not counting Sundays - more on that later) starting on Ash Wednesday, the day after Mardi Gras, and ending with Easter Sunday. This 40-day stretch of Lent is one of the "seasons" in the church year, something I've written about before. Just like Advent is the season leading up to Christmas, a time for getting ready for that holy day, Lent is a time to prepare for Easter, the day of Jesus' resurrection. Lent's a more serious, somber season, characterized by repentance - this goes back to the ancient church, when baptisms happened on Easter Sunday each year, and all candidates for baptism used the 40 days prior to Easter to get their hearts and lives ready for baptism.

The main shape this repentance takes during Lent is fasting. That one should come as no surprise. Even if you're not from an area heavily steeped in Roman Catholic tradition, you've probably heard of 'giving something up for Lent' - if nothing else, it's an occasional plot device on TV and in movies. Fasting is a classic expression of penitence, as well as a spiritual practice for intense periods of seeking God (for instance, take David, after the debacle with Bathsheba and Uriah, in 2 Samuel 12, or Jesus in the wilderness in Matthew 4).

Why don't Sundays count towards the 40 days of Lent? Because Jesus rose from the grave on a Sunday, the first day of the week is always a day for celebration and feasting - not fasting. No matter what season you're in, Sunday isn't a day for penitence and self-abasement. It's a day to party! So the 40 days of Lent only count Mondays-Saturdays.
(You may notice that devout Catholics will not eat meat on Fridays during Lent. This is the same principle as the Sunday celebrations, except in reverse: every Friday in Lent is a remembrance of Good Friday and Jesus' death, hence the extra strictures.)

A couple of other quick Lent facts:

Whatever is going on at your church this Lenten season, I hope you'll find a way to participate and begin preparing your heart for Easter. That's the real purpose of this season, so get busy and don't waste the opportunities it brings!
Posted by Nance at 12:00 AM No comments: