This series is my attempt to show the online world something I believe wholeheartedly: the Christian life can be quite beautiful. Despite what you've heard, religion does not poison everything, and I can believe this so confidently because of stories like this one.

At age 18, Jozef De Veuster declared his intention to enter the priesthood. Five years later, in the midst of his seminary studies, Jozef, who had taken the name Damien, saw the answer to a long-time prayer: he had the opportunity to enter the mission field. The following year, 1864, Damien completed the long trip from his homeland of Belgium to Hawaii. After years of working on the island of Oahu, Damien was one of four priests who volunteered to serve on the island on Molokai, on the Kalaupapa peninsula, where for several years Hawaiians afflicted with Hansen's disease, leprosy, were forcibly relocated to live in quarantine, isolated from the general population of the islands. From the 1860s to the 1960s, thousands were torn from their families and homes to live here, without much assistance from the government, without law enforcement or schools, many without housing. Damien soon requested a permanent assignment in Molokai.
During his time there, Father Damien dedicated himself wholly to serving this suffering, discarded people. During the day he traveled the peninsula, seeing to its 800 residents who usually had no doctors and no nurses--Damien performed operations on those who needed them, dressed wounds, washed bandages (because there were no clean ones), and dug graves. At night Father Damien continued construction of a church building begun earlier by a visiting priest, hoping to provide shelter to the many in danger of catching pneumonia, because they had no refuge during the rainy season. He also rescued many children from forced servitude and prostitution in this area, where isolation had often resulted in lawlessness and abuse within the community.

More remarkable than all of this, however, was Father Damien's embrace of those whom society had feared and rejected. His home was always open to whomever would visit. Individuals who were deemed both physically and morally unclean--'afflicted with this disease because of their sins'--he treated as brothers and sisters, sharing meals together, enjoying one another's company. Damien saw these lepers as human beings, something many had failed to recognize. He erected no barriers between himself and them, allowed for no distinctions or division.
After of twelve years of such openness and friendship, Damien discovered what he had long suspected, that he himself had contracted leprosy. In the five years left to him, the priest saw many of his building projects in the villages of Kalaupapa completed and was comforted in the knowledge that several individuals who had joined his work would carry it on in his stead. In 1889, at the age of 49, Father Damien died of leprosy. Before his death, Damien requested that his remains be interred at the parish church in his new homeland of Molokai.

Damien's 25 years of service in Hawaii has, in the century since, inspired thousands around the globe to seek out and serve outcasts who suffered from stigmatized diseases. In 2009, Damien himself would be canonized by the Roman Catholic Church: Saint Damien of Molokai.

-
Earlier profiles in the "God is actually quite Great" series:

Maria Skobtsova
Churches that raided slave ships
Annalena Tonelli
Posted by Nance at 12:00 AM No comments:

Email ThisBlogThis!Share to TwitterShare to FacebookShare to Pinterest
Labels: Religion doesn't poison everything after all, the cloud of witnesses

O Lord our God, the author and giver of all good things,
we thank you for all your mercies,
and for your loving care over all your creatures.
We bless you for the gift of life, for your protection round about us,
for your guiding hand upon us,
and for the tokens of your love within us.
We thank you for friendship and duty,
for good hopes and precious memories, for the joys that cheer us,
and the trials that teach us to trust in you.
Most of all we thank you
for the saving knowledge of your Son our Savior,
for the living presence of your Spirit, the Comforter,
for your Church, the body of Christ,
for the ministry of Word and Sacrament, and all the means of grace.
In all these things, O heavenly Father,
make us wise for a right use of your benefits,
that we may render an acceptable thanksgiving unto you all the days of our lives;
through Jesus Christ our Lord. Amen.

Email ThisBlogThis!Share to TwitterShare to FacebookShare to Pinterest
Labels: prayer

Whose gospel? Which version?

Does any remember the hubbub in the news a couple of months back about the ancient papyrus that was discovered that seemed to refer to Jesus having a wife? That was all the rage in the media for a week or so. I think one or two church-goers asked me about it before we all collectively forgot it ever happened.

Frankly, this sort of news is hardly new. In the decades after Jesus was crucified and resurrected and the church emerged on the scene, the gospels we know well--Matthew, Mark, and Luke--were written. A few decades later, John was written. For the New Testament, that's the end of the story, but the gospel-writing industry was really just getting started. The second century AD (the 100s) saw a host of extra gospels that were to be rejected by orthodox Christians, like the 'infancy gospels' that describe Jesus as a child, the "Gospel of Thomas," or the "Gospel of Judas" that made its own splash in the news a few years back.

This mess of non-canonical gospels that has turned up over the years gives some people the jitters. After all, who's to say which ones are more accurate? Maybe some of these other writings give us a truer picture of Jesus of Nazareth and his teachings than the gospels in the New Testament--however different the picture may be. A lot of people will argue that, and the folks covering it in the news eat this kind of thing up.

Well, like my pastor growing up used to say, there's a Greek word for that: bologna.

Philip Jenkins, a well-respected church historian, has written a great, short piece on why this is bologna. Jenkins offers a quick discussion of why the early Christians acknowledged the authority of Matthew, Mark, Luke, and John, but slighted these other writings about Jesus.
I'll give you a hint: it's not because they were trying to cover up the fact that Jesus had a wife.

Check it out over at The Anxious Bench. Here I'll just leave you with a bit from Jenkins:

[T]hese early Christian texts vary enormously in authority, and in date... the reason early church leaders privileged those particular four gospels was that they were so evidently the earliest and most authoritative texts, without serious competition. No body of cranky patriarchs sat around and said, “Well, we have to vote out Mary because it’s, um, a tad sexual. John can stay because it spiritualizes everything, and that’ll be useful in a century or so when we get political power.” If you read the actual church debates over which texts should be canonized or excluded, you will be deeply impressed by the historical logic and good sense they demonstrate, and their powerful sense of history and chronology.

a prayer for election day 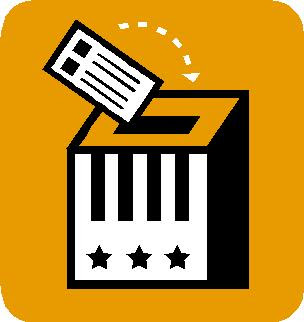 A prayer for the US elections tomorrow, from Bishop Ken Carter of the Florida Conference of the United Methodist Church.
-

Almighty and gracious God:
You are the source of every blessing, the judge of every nation and the hope of earth and heaven.
We pray to you on the eve of this important national election.

Call to mind the best that is within us: that we live under God, that we are indivisible, that out of many, we are one, that liberty and justice extend to all.

We acknowledge the sin that runs through our history as a nation: the displacement of native peoples, the disregard for life, racial injustice, economic inequity, regional separation.

And yet we profess a deep and abiding gratitude for the goodness of ordinary people who have made sacrifices, who have sought opportunities, who have journeyed to this land as immigrants
and strengthened its promise in successive generations, who have found freedom on these shores, and defended this freedom at tremendous cost.

Be with us in the days that are near.
Remind us that your ways are not our ways, that your power and might transcend every nation, that you are not mocked.

Let those who follow your Son Jesus Christ be a peaceable people in the midst of division.
Give us a passion for peace, justice and freedom that breaks down walls of political partisanship.

Grant us wisdom, grant us courage for the facing of this hour and the living of these days.