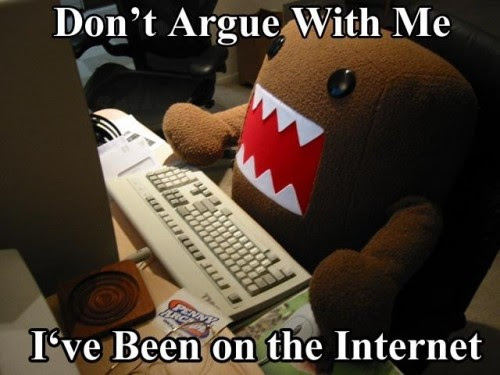 I've been reflecting lately on the opportunities that I've had at LSU to discuss Jesus and faith and scripture with non-Christians. The really good, thorough, long discussions. The voices of unbelief in college were, looking back, much more vocal than I expected. They're also (some of them at least) very intelligent voices. Some of them have struggled long and hard with the issues.
But I think a lot of these questions have good answers all the same. This is especially true of questions about history, science, and philosophy.
The questions that come up along life's way--when tragedies strike or prayers go unanswered or however it happens--these, more often than not, shouldn't be answered, at least not with words. The best we can do to answer the voices of pain, loss, and confusion is to show them God through our love and to show them God by pointing to Jesus.
Still, other questions I think can be answered well. So I've decided to echo and reflect here on a few of the questions and objections that I've heard over the years. Maybe you'll see something here that's always given you pause. Or maybe I can frighten someone with a question here, before somebody with very different intentions does out in the trenches. Hopefully we can come to some conclusions and see Truth incarnate Himself in the midst of these puzzles and doubts.
-
1. Did Jesus even really exist?
Every now and then I'll stumble onto something about this online: 'yet more evidence that there was no historical person Jesus of Nazareth'; 'we see here another clear sign that the Jesus in the gospels is really just a character based on Odysseus' (no joke); or whatever else they're saying.
This skepticism has trickled down--as you might expect--to the masses, particularly to those who already have doubts and frustrations. This is an easy out, after all: some 'scholar' said Jesus didn't exist, so I can now deride you and your beliefs as much as I like.
Honestly, this blows my mind.
I'm more familiar with so-called 'conservative' Jesus-scholars (conservative here basically meaning "their Jesus actually looks a good bit like the Jesus in the gospels"), like N. T. Wright and Ben Witherington III, than I am with the 'liberal' scholars, like John Dominic Crossan and Marcus Borg. Nevertheless, I'll proceed from here only with reference to Crossan and Borg, just to 'avoid a bias'... by speaking through a different bias that the skeptics are OK with.
Crossan and Borg have both written at length on the historical Jesus, and they are two of the most important authorities on this in the English-speaking world. They're associated with the 'Jesus Seminar' (Crossan helped found the group), a group a Jesus-scholars who boldly denounce the Resurrection and the empty tomb, the virgin birth, etc.
And neither of these scholars would say that there was no such person as Jesus.
In fact, they both go so far as to affirm at least some of the gospel accounts of Jesus' healing people.
Borg will not go so far as to say how or why they occurred: "I do not need to know the explanatory mechanism in order to affirm that paranormal healings happen. And Jesus seems to have been uncommonly good at them."
Crossan's take on the miracles of healing has been described as "some... Crossan takes to be definitely historical." Others--most, perhaps--he might call 'definitely unhistorical'. The point remains. Not only is Crossan (with Borg) affirming a historical person, but a historical 'wonder-worker', among other things.
Wright, Witherington, E. P. Sanders, and others also affirm Jesus, miracle-accounts, and much more. The fact is, their are very few serious Jesus scholars who doubt his having really lived and walked around 1st Century Palestine. Such individuals are to be found on the fringes of Jesus 'studies' and carry minimal authority on such issues. Theses guys may make the news, but that says very little. What is important to recognize is that they absolutely do not represent any kind of consensus in the world of historical Jesus studies.
One is always welcome to side with whatever explanation they like--and they'll do that. But the fact that the explanation is rejected by the vast majority of experts, themselves representing all points on the spectrum, and that it is rejected because it cannot withstand the briefest critical examination... this should make you think twice before following.
This answer may sound too short, too cut and dry. I can understand that. It sounds that way because there's not much room for debate on this issue. Even if some want to entirely discount the gospels as historical evidence--and few do--they still have to deal with Paul, pre-Pauline Christian traditions (for example, 1 Corinthians 15:1-7), Josephus*, and other early sources. It's pretty easy to see that there is good evidence for a historical Jesus of some kind. It's what we say from here--what anyone says from here--that will be the 'less certain' part.
* Josephus is a first century Jewish historian, who makes a brief reference to Jesus. I realize it's common to point to later Christian editorial work in Josephus; Borg, however, following John Meier, sees (at least some of) this as authentic.
-
The image up top was user submitted on My[confined]space. And awesome.
Posted by Nance at 10:19 AM