Malaria causes around one million deaths a year worldwide. This is staggering for a disease that is easily preventable--we eliminated malaria in the US in the early 50s. World Malaria Day is meant to raise awareness of this disease and of the ways that we can all be involved in its eradication. Organizations like malaria NO MORE and Nothing But Nets (one of whose major partners is the United Methodist Church, I'm happy to see) make it easy for anyone to help by donating the funds that are so vital to this sort of undertaking.

I hardly need to say that fighting evils like malaria, spending oneself on aiding neighbors in need, is a responsibility for all Christians, mandated by our Lord Jesus.
Today--now--while this reality has for a moment crept past the blinders and into our minds, take whatever steps you can towards relieving the peoples tormented by this killer. Pray, give, and communicate, spurring the Body of Christ on to prayer and gifts and communication.
Posted by Nance at 12:00 AM No comments:

Wright's latest book, Justification: God's Plan & Paul's VIsion, is going to hit stores at the end of May. In case you weren't aware, this is Wright's answer to John Piper's A Future of Justification: A Response to N. T. Wright.

Now, John Piper is certainly an intelligent fellow, and he seems to have a passion for drawing others into serious followship of Christ. I'm not incredibly familiar with all of Piper's work myself: I understand he's Reformed, which is a bad start in my mind, but he also has some nice things to say about St. Athanasius, which is a positive. I'm hoping to read one of Piper's books for myself this summer.

Regardless, though, of my general feelings towards John Piper, in this case--the Piper-Wright debate--I just feel sorry for the guy.

First, because he's picking a fight with N. T. Wright... over a topic related to the New Testament. 'Nuff said.

Second, because of the support I keep seeing for Wright.
Here are a couple of the reviews for Justification that I've read:

"For some time now, I have watched in puzzlement as some critics, imagining themselves as defenders of Paul's gospel, have derided Tom Wright as a dangerous betrayer of the Christian faith. In fact, Paul's gospel of God's reconciling, world-transforming grace has no more ardent and eloquent exponent in our time than Tom Wright. If his detractors read this book carefully, they will find themselves engaged in close exegesis of Paul's letters, and they will be challenged to join Wright in grappling with the deepest logic of Paul's message. Beyond slogans and caricatures of 'Lutheran readings' and 'the New Perspective,' the task we all face is to interpret these difficult, theologically generative letters afresh for our time. Wright's sweeping, incisive sketch of Paul's thought, set forward in this book, will help us all in that task." —Richard B. Hays, Duke University

"Tom Wright has out-Reformed America's newest religious zealots--the neo-Reformed--by taking them back to Scripture and to its meaning in its historical context. Wright reveals that the neo-Reformed are more committed to tradition than to the sacred text. This irony is palpable on every page of this judicious, hard-hitting, respectful study." —Scot McKnight, North Park University

On his blog, after offering a summary of Wright's views on justification, Ben Witherington III concluded: "I think Tom is 100% correct in this assessment."

N. T. Wright, Richard Hays, Scot McKnight, Ben Witherington III (among others)... this show of force on one side would elicit my pity for any opponent, frankly.

Perhaps I should go ahead and make A Future of Justification the first of Piper's works I pick up, if for no other reason than to prepare for Wright's rebuttal. Though, if those of you who have more experience with John Piper can make any suggestions, that would be most appreciated. I'm (of course) thinking about Desiring God, Don't Waste Your Life, and the other popular titles for a nice intro to the man.
Posted by Nance at 1:12 PM 2 comments: 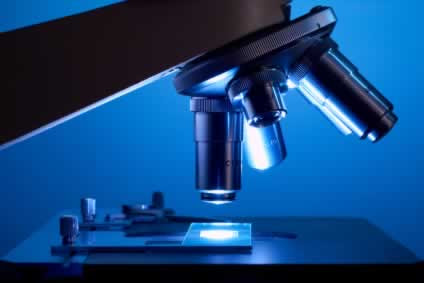 Go check out the interview!
Posted by Nance at 9:22 PM No comments:

For the Master is generous and accepts the last even as the first.
He gives rest to him who comes at the eleventh hour
in the same was as him who has laboured from the first.
He accepts the deed, and commends the intention.

Enter then, all of you, into the joy of our Lord.
First and last, receive alike your reward.
Rich and poor, dance together.
You who fasted and you who have not fasted, rejoice together.
The table is fully laden: let all enjoy it.
The calf is fatted: let none go away hungry.

Let none lament his poverty;
for the universal Kingdom is revealed.
Let none bewail his transgressions;
for the light of forgiveness has risen from the tomb.
Let none fear death;
for death of the Saviour has set us free.

To Him be Glory and Power, now and forever, and from all ages to all ages.
Amen! 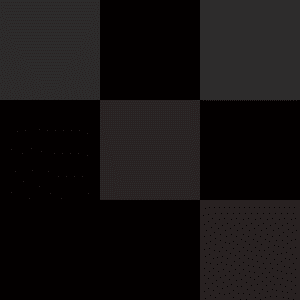 RFK was shot on June 5, 1968, and died the following day.
Kennedy delivered a powerful speech against the "menace of violence in America" shortly before he was shot. In the midst of a flourishing campaign for the Democratic Presidential nomination, his light was suddenly extinguished, leaving many eyes for nothing but the darkness. "Now that Dr. King is gone, no one left but Bobby - no one."

And then, no one at all.

-
This morning some men woke up and prayed that yesterday was just a bad dream.

A man they loved, who called them 'friends', their mentor, their brother, had been suddenly taken from them.
Even more than these things, he was their hope: the man who would end the oppression in their world, who alone could bring justice and peace.
But now he's dead.

Not only dead, but executed. The man you always thought was invulnerable. Nothing would be able to touch him.
And maybe they would be next. This leader they had so devoted themselves to might now be only a death warrant for them.

And more than this, now they simply have nothing.
When the one center of life, of your labor, of your time, of your dreams, is violently ripped away... you have nothing. Maybe you should go back to life before? . . but where would you really go?

These men hoped waking that yesterday would just have been a bad dream. But yesterday, Friday, was very real, very true.
Today, they have no hope, no light, no life. All because this man they followed... well, it's Saturday, and he's still very dead.

Now there's nothing left but living, with all of its fear and tedium and shattered dreams.

"You feel as if nothing was ever going to happen again."
Posted by Nance at 12:00 AM No comments:

a library for the LSU BCM

Over the last few months I've been putting together a simple library for the Baptist Collegiate Ministry at LSU: it's supposed to be a resource for the students there, especially the Bible study leaders. Whenever I heard the word 'library' pop up during our recent renovations on the BCM building, I offered to take the project on, so here we are.
This isn't supposed to be any kind of exhaustive collection, but I've been trying to find accessible, important, and good books and reference works. The books the students will be able to check out... somehow...while the reference books (commentaries, dictionaries, etc.) are to stay in the library, since some things probably won't ever find there way back.

Here's what we have so far.

Here's what we want.

Also, if you have any recommendations, let me know.
There are several other books I've considering adding to the wishlist, and it's by no means closed. I'm avoiding 'controversial' titles--Wright's and Borg's The Meaning of Jesus and perhaps the HarperCollins Study Bible being the only exceptions there.
I've been slow to go after fiction so far. I'd love to have a nice selection of fiction, but I'm hoping to avoid silliness. Fiction offers a fine line: Lewis and Tolkien aren't silly (though I'm trying to avoid Narnia); neither are Williams or, say, Neil Gaiman, but they're out for other reasons. Flannery O'Connor is probably out, given the audience. Maybe Father Brown would be good. Most of the popular Christian fiction out today falls into my 'silliness' category. Paul Maier's historical novels may be good picks.
It's just a sticky area, and definitely one to deal with on a case-by-case basis.

Again, any help--books or thoughts--would be greatly appreciated.
Posted by Nance at 2:11 PM 5 comments: