In part 1 we surveyed the biblical picture of the creation. We saw that: 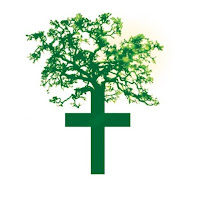 I think that the great agrarian writer Wendell Berry was entirely correct when he remarked that the "conservationist indictment of Christianity is a problem... because, however just it may be, it does not come from an adequate understanding of the Bible." Christians may be culpable in some of humanity's destructive, historical attitudes towards the Earth, but they were not following scripture closely at these points. If the Church allows the scriptures to inform our understanding of the created world around us, then we will inevitably be called to a new, particular kind of holiness: an ecological holiness.
an old commission heard anew
As the first point from part 1 indicated, the bondage of creation in Romans 8, the groans, the decay, all speak to the devastation of sin's reign over this world. This contrasts starkly with the energy of Genesis 1, the explosions of new life, and a young planet lush with potential. It is only after the Fall that the soil of the Earth is placed under a curse (Gen 3:17-19). God's new creation work in Jesus Christ, witnessed to by the New Testament, looks to heal this wound. And humanity plays a crucial role in this new creation.
In Romans 8 we find creation, as N. T. Wright has put it so well, "waiting - on tiptoe with expectation, in fact - for the particular freedom it will enjoy when God gives to his children that glory, that wise rule and stewardship, which was always intended for those who bear God's glorious image." The healing of creation is tied to the redemption of human beings. The Christian is called to "put off your old self, which belongs to your former manner of life and is corrupt through deceitful desires... and to put on the new self, created after the likeness of God in true righteousness and holiness" (Eph 4:22-24). As God makes us new, restores the image of God in humanity, we need to revisit that command of God in Genesis 1: "fill the earth and subdue it and have dominion over the fish of the sea and over the birds of the heavens and over every living thing that moves on the earth" (Gen 1:28). Humanity was made the stewards of God's world--stewards in the old sense, someone left to care for another's property in his or her absence. As Wright says, it's our true fulfillment of this call that creation waits for--on tiptoe with expectation. It awaits the good dominion of the image of its good God.
This isn't a healing that we can complete of our own efforts and ingenuity, but a work of God that will finally come to pass with the revealing of his sons at the resurrection, at the words: "I am making all things new... It is finished!" (Rev 21:5-6). But the Christian life is nothing other than the living now of the life of the Kingdom coming. We have to strive after this renewed stewardship of the earth in the here and now. This is part of the reality of being new human creations in Christ, and it's especially important today, given the rapid decay the world suffers at human hands.
What would be the marks this renewed stewardship of God's planet? Let's consider the other two biblical points from part 1.
First, right stewardship of the world must keep in mind creation's song of praise to God.
I recently came across this prayer from Walter Rauschenbusch which comes straight to the point:

O God, enlarge within us the sense of fellowship with all living things, our brothers the animals [and all creatures] to whom thou gavest the earth as their home in common with us. We remember with shame that in the past we have exercised the high dominion of humans with ruthless cruelty; so that the voice of the earth, which should have gone up to Thee in song, has been a groan of travail. May we realize that all creatures live not for us alone, but for themselves and for Thee, and that they love the sweetness of life even as we, and serve Thee in their place better than we in ours.

The question Rauschebusch forces us to ask is striking: is our use of this planet conducive to the praise of creation we see in the Psalms, or to the groans of travail of Romans 8? Are we treating the world around us as raw material and food, or as fellow creatures praising God together with us? Yes, God has given us provision out of the other creatures of the world, but our use of those creatures far exceeds our need. In the United States alone, 9 billion pounds of food ends up in the garbage every year. Is that a use of the created bounty around us that shows concern for the world's praise of God? What about our treatment of animals raised for food? Are commercial chicken farms places where creatures can flourish and offer jubilant praise to their God? Or do they offer up groans of travail?
Second, right stewardship of the Earth should reflect the image of God's own care for the world. Is the planet satisfied by the fruit of our work (Ps 104:13)? Or is the land poisoned by the chemicals we pump into it, and the water by toxic runoff from the land? Our growing landfills are certainly not filling the world with 'good things'. How can our methods of commercial fishing--not to mention the startling reality of overfishing the oceans--possibly align with God's particular and extravagant care for the world?
So: is our faith green? If by that we mean 'does the Christian faith have within it a mandate to care for God's creation?' the answer is yes. For Christians in the 21st century this mandate is particularly pressing, as we face unprecedented threats to the world, plant, animal, and mineral. Faithfulness in this day must mean, among other things, rethinking how we go about working and keeping the land, or how we indirectly participate in all manner of dominion over the earth that falls shockingly short of God's intentions.
What now?
What should we do? If creation care is inherent in Christianity, how should we live?
The first, absolutely crucial step for all of us (and this is really where I still am) is to be informed. 'Earth' sections can be found on numerous news websites--that might be an easy way to start. (See, for instance, The New York Times and The Telegraph.) Popular books on these issues abound, from Jonathan Safran Foer's Eating Animals to Thomas Friedman's Hot, Flat, and Crowded--you don't have to agree with every conclusion these folks draw to learn from their work. There are also documentary films covering the gamut of issues at play in all of this, like the recent film on dumpster diving and food waste, Dive! Because the factors contributing to contemporary ecological devastation are so numerous, this step can be daunting; nevertheless it is crucial.
Of course, we also need to take action. This can take any number of forms. Recycling your plastic bottles or purchasing some reusable grocery bags are among the simplest steps you can take towards a lifestyle that is less exploitative of our planet's resources. Earth911 is an informative and practical site for green concerns. Local Harvest is also a great website for finding out about opportunities in your community for supporting agricultural practices that are less environmentally harmful.
More than all that, some of us, in some congregations and communities, need to be vocal about this. Let fly in your Sunday school class that you're recycling plastic bottles--offer to take some off of other people's hands. This is not the time to labor silently, looking for God's rewards in secret; this is the time for prophetic declarations and demonstrations. The consumer practices of American society, practices in which we have all been entangled in some way or another, defy the Church's call to stewardship of God's world. This collusion must be named and rejected, and the Church must pursue a new way of living in the world. Because of the depth and reach of our failure here, our repentance, our turning, has to be loud and clear.
We must also pray. Perhaps we need to pray the psalms, and allow their understanding of the world sink down deep into us. We might pray for particular concerns we have, local, global, immediate or long term. A simple place to begin might be to allow these familiar words take on new meaning the next time you offer them to God: "thy Kingdom come, thy will be done, on Earth as it is in Heaven."
There is so much more to be said, and so many other courses of action before us, but my discussion will have to rest here. As I've said, I'm just beginning to understand and appreciate this issue myself, and my own steps towards a new life alongside God's creation have been small. Still, I'm convinced that the responsibility of 'dominion' laid on humanity is today calling affluent, Western Christians to account. We simply cannot go forward with the understandings, explicit or implicit, of the world that have guided us for so long. Scripture and the harsh realities of the day call us to something new. Our place is to answer, to join God in this aspect of his all-encompassing, new-creation work. It's a much bigger work than we thought.
Posted by Nance at 8:15 PM

Email ThisBlogThis!Share to TwitterShare to FacebookShare to Pinterest
Labels: Christian living, living with other creatures, N. T. Wright, the church

Very good post; and well-written. I suppose this is one of those places where I begin to worry that an economic model based upon perpetual growth (rather than stability) is fundamentally incompatible with the call of the Christian people. Unless I'm wrong, the only way for every business to continually grow is by exponentially increasing consumption by the population (either through individually increasing consumption or exponential population growth).

So when I hear people lamenting on NPR that our economy only grew by 2% this year, I have to wonder, "How fast did our population grow?" "If so much of our economy was based on credit to begin with, might there have been a need that its growth should slow (or shrink)?" But they still lament.

I think you may be right. Wendell Berry has written about how 'the economy' operates on "a doctrine of general human limitlessness." It demands that we forget we are creatures... which is certainly problematic when you are seeking to forge an identity as a people in relation to the Creator.