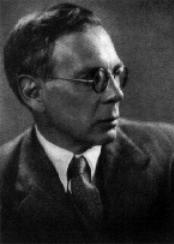 Last week, while pondering all the ideas that have been flying around in my head and that are the crux of this post, I was lamenting that I had no venue through which to present them. For whatever reason I had apparently forgotten that I'm a blogger, and can offer up whatever crazy theories may enter my brain whenever I please. And in turn a few, even, will go so far as to read them.

The title above probably doesn't sound like much of a pick-me-up, but there are many ideas surrounding Hell and damnation that I've been considering for months now, and I can't really think of a more appropriate title. Much of what you'll read here is the off-spring of my first encounter with Inkling Charles Williams, his novel Descent into Hell. If you feel so inclined, then, by all means, turn off your computer this instant and go read this novel. It's no small task(though not a particularly long book), but well worth the time and Wikipedia/dictionary searches that go into it. Humphrey Carpenter's biography The Inklings is also a fine source on Williams, and highly recommended for anyone who's not yet been introduced to the man.

Descent into Hell paints a rather chilling picture of one man slowly following the path to his own damnation, via all manner of self-service, but particularly lust. The truly disturbing aspect of the whole tale is the perversion that Williams makes so evident; not only the perversion of good nature that all sin is(here, sexual desire perverted into lust), but the perversion of all sorts of truth, especially those pertaining to identity. The character seduced(quite literally) by lust is perverting the identity of his object, all the while allowing his own person to be distorted by his passions as well. One line, I thought, captured this distortion very well:

He walked, unknowing, to the window, and stared out. He loomed behind the glass, a heavy bulk of monstrous greed.

The character's own identity was replaced by that of simply "greed"; this is what he had allowed himself to become. This line reminds me of Satan's in Paradise Lost, "I myself am Hell".
Throughout the novel Williams presents this descent, this loss of identity, brilliantly. (Note: I think the references throughout DiH to Shakespeare's The Tempest only butress this, with the whole 'no man was his own' theme already there established)
Behind this whole brilliant imagery also seems to lie another theme, or at least it seems to follow from what is given, and it is this idea of sin being perversion or un-truth. This is certainly at the roots of idolatry, where something is god, other than the LORD. It is a perversion of the truth.

Enter George MacDonald.
After this idea of the perversion of identity as damnation was stored away into my mind, I was introduced to a sermon of MacDonald's concerning the temptation of Christ: "The Temptation in the Wilderness". The fascinating part of this sermon concerns Christ's refusal to turn the stones to bread.

MacDonald's assertion has to do with proper identity. God the Father had called the stone a stone. Thus, for Christ to call it a loaf, He would have altered the truth of the thing's being as given to it by the Father; the sin was in contradicting the identity of the stone. Again, the supposition is that perversion of true identity is sin.

This theme also resonates, at least to my ears, throughout Plato's dialogues, in case one were looking for a trans-ideological thread. Note especially The Apology, where Socrates begins:

How you felt, gentlemen of Athens, when you heard my accusers, I do not know; but I--well, I nearly forgot who I was, they were so persuasive. Yet as for truth--one might almost say they have spoken not one word of truth.

Now let us add a third element: Romans 1.
The Apostle Paul has much to say about sin in the opening of this letter, particularly in verses 18-32, and really on into chapter 2. Note verses 21-25.

For although they knew God, they did not honor him as God or give thanks to Him, but they became futile in their thinking, and their foolish hearts were darkened. Claiming to be wise, they became fools, and exchanged the glory of the immortal God for images resembling mortal men and birds and animals and reptiles.
Therefore God gave them up in the lusts of their hearts to impurity, to the dishonoring of their bodies amongst themselves, because they exchanged the truth about God for a lie and worshiped and served the creature rather than the Creator, who is blessed forever! Amen.

There are two important ideas here that are relevant to the discussion.
1) We see the theme of exchange prominently in these verses. This is another prominent idea in Williams's theology that I may blog on more in the future.
2) God is giving these people over to their desires. This is the same image that we see of damnation in DiH: following, unrestrained, your own passions to whatever end they will naturally lead(inevitably, Hell). It's also not unlike the image of the cursed Pirates we see in the first Pirates of the Caribbean film, but that's a different thought for a different audience, I think.

The pattern I see developing is this:


This sort of thought leads me, finally, to speculation on Hell itself.
Most of you won't be surprised to hear that I don't take the "lake of fire" talk in Revelation literally. So what then is this eternal punishment?

Is it so far-fetched to see it as like the "punishment" described in Romans 1?
If Hell is described as the absence of the presence of God, then such a comparison is fitting. The idolater who substitutes himself for God, following his own path and given over to his sinful desires, will find himself absent from God. To remain in this state--all the while considering oneself 'free'--following your own path to damnation... this seems to me not only in accord with scripture, but in tandem with this theme that has apparently run through man's mind(and his literature) for millenia. It's also more subtle and thus, to me, more terrifying than the popular conceptions of Hell and damnation.

I may delve further into this idea of idolatry and Williams's theology of exchange in the future, but for now I think I've spoken my peace. Even if my rough idea is perfectly wrong, it's certainly something to ponder.
Posted by Nance at 10:04 PM

I think I spoke too soon, the other day. about bloggers having all exhausted themselves and fallen silent. This is good stuff!! Williams's books always worked on me "obliquely"; they leave you intellectually sort of undone, giving you bewilderment rather than clear vision. I mean, you can never finish a CW book and say, "okay, this means that, here is a clear, one-to-one correspondence between this idea and that." Instead, his strange imagery just works on you, bouncing around your head, and ideas finally surface. Paul Riccoeur says, "the image gives rise to the thought." He must have read CW!

Much of what you say I am inclined to agree with. It is a terrifying thought that God would punish those who refuse him precisely by "giving them over" to their lusts and misplaced passions. I think that is exactly what Paul is describing in Rom. 1: "THEREFORE, God gave them over . . ." 3 times, I think, it says that.

This theme of exchange and identity is what I think I've been circling around for quite some time. We don't like to be the "recipients" of our being; we much prefer to "establish" ourselves, to carry our own firebrands in the darkness than trust God (Is. 50.10-11) The verse that has haunted me from Daniel's readings the other morning, is Luke 16.11-12: "If then you have not been faithful in the unrighteous mammon, who will entrust to you the true riches? And if you have not been faithful in that which is another's, who will give you that which is your own?" Who will give you that which is your own? Even that which is "our own" has to be "given" us by another. Ahh, we don't like that much. What a strange and wonderful saying by Jesus; I can't get my mind around it at all! Vs. 12 certainly carries forward the contrast from Vs. 11, the way the terms are "weighted": unrighteous mammon/true riches; another's/one's own. We tend to think that verse should be the other way around: "if you have not been faithful with what is your own, how should you be entrusted with what belongs to someone else?" Faith is living by the word of the Father, the same way the Son does. (I love your association between G. MacD's comment on the stone being a stone, and the big issues in Descent into Hell.) Thank God there is another drama in DiH: Pauline learned precisely find her being given to her, her fears carried by another. It's the same great Christian paradox, of losing-and-finding, dying-and-living, of serving-and-ruling, from the Cross.

Well, just wanted to send my regards on this great post.